A review of the album 'Deep Down and Dirty' 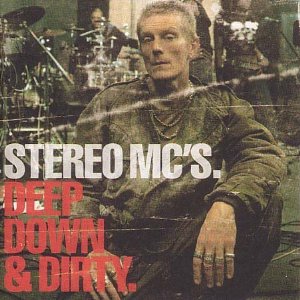 For all the years that the Stereo MCs have been in the world of music, it appears they either learned nothing during their elongated absence, or else they decided that they knew better than us. Well, they're wrong.

The idea of the Stereo MCs releasing another album is quite interesting. They played in the GPO recently, and no doubt the gig was a wonderful affair, but on close inspection of their newest work you can't help but get the feeling that, well, it's crap.

Now, it's not fair to poke fun, so I won't. But it is fair to point out that tracks like "Load" (a supposed ballad) is bad, and that they mix finger-snapping, soul-pop grooves with Cod-Biblical hippy-hop mumbles instead of the toe-tapping pop-soul music they used to create.

If we lived in a world without Massive Attack and Aphex Twin, then perhaps this would have turned a few heads, but we don't live in a world like that (thank God), so all we have here is a poor attempt to do some bandwagon jumping.

What they did for all these years isn't clear, but it sure as hell wasn't spent penning good music. If you feel that you have to buy this because you were a fan when you were 15, then go ahead. For the rest of us who can actually shake of the pubescent desire to have everything from a particular band no matter how sub-standard, I'd stay away.

Keith is the Content Manager of citegalway.com, a lifestyle resource for the West of Ireland