A review of their album 'Sound - Dust' 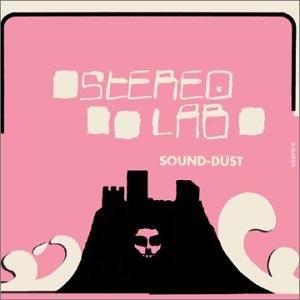 At first listen 'Sound - Dust' (Stereolab's ninth full-length, completed with the help of John McEntire and Jim O'Rourke) doesn't remind me at all of what we've all come to know as Stereolab.

With 'Black Ants In Sound Dust' the album begins on a sombre note, it emulating a series of scales an orchestra would use while warming up for a performance. Lead singer Laetitia Sadler finally starts singing on the second track, 'Spacemoth', which is entirely in French without translation.

While most songs on the album are dark there are however some brighter areas like 'Hallucinex', which sounds like it popped right off their earlier release, 'Dots and Loops'. Although the melody is chirpy, the lyrics tell us otherwise: "I look forward to the day when the show will stop, will stop.... / then life will be so intolerable / that perhaps our senses will wake up!" Lyrics take the same tone throughout most of the album but depending on whether they're singing in French or English it really doesn't matter. It's Stereolab but with minor chords and eerie overtones.

I like the change and it's a great album with lots of intellect.