A review of his album 'SK2' 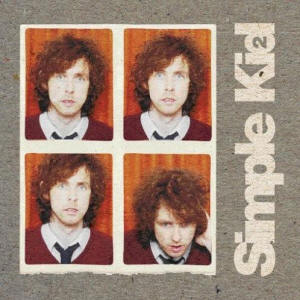 Review Snapshot:
The second helping of folk-and-blues influenced pop from the London-based Cork boy is catchy and enjoyable from first track to last, a workshop in the art of writing likeable and thoughtful songs full of personality and feeling. The best Irish album of 2006 so far, no doubt about it.

Full Review:
Who remembers Ciaran McFeely's previous incarnation as the lead singer of Cork band The Young Offenders? Around six or seven years ago they performed their punk-flavoured debut single 'That's Why We Lose Control' on TFI Friday, then the hottest show on British TV, and Top 20 success seemed certain. But nothing came of it. Their follow-up single, a T-Rex/Suede parody called 'Pink and Blue', did no business either, despite having a perfectly brilliant chorus that still thunders like a juggernaut through my brain today. The Young Offenders, dismissed by many at the time as a Sultans of Ping for the Britpop era, seemed to be yet another cautionary example of an Irish band swallowed up and excreted by London.

McFeely headed to America, travelled around, slept on beaches. He returned to the music scene as the shambling Simple Kid, scruffy and softly-spoken where previously he was tarted up and swaggering. His first album, featuring folk and blues sounds he had picked up Stateside, was critically well-received, to which McFeely responded by giving up music and going to work in his local video store in London. Now, after a couple of years hibernating before rediscovering his will to play music, Simple Kid is back with his second album.

There are a couple of lessons that aspiring acts can learn from this marvellous record. First, a sense of humour and self-confidence makes for better music than pretentious self-consciousness. All the tracks on 'SK2', right from the first "whoop" of 'Lil King Kong', exude the zen of a singer enjoying himself making music. The American twang and repeated banjo/slide parts may put off some listeners but it sounds to this listener as if he's playing around with folk and blues because he loves them. A singer-songer who's happy singing songs and not trying to be a sensitive artist: isn't it great? What videos was he watching in his old job? And can we get Damien Rice and Paddy Casey some shift work in Xtravision?

That's not to say that this is a frivolous or whimsical album. McFeely has a great line in plain words and common sense. 'Self-Help Book' has no time for the maudlin self-pity of the average Tanglewood-basher: "If you don't talk about / Problems compound / If you don't sort it out / You're gonna break down" is hardly Cole Porter-esque lyricism but it's refreshingly free of soundbite and vagueness. And 'Old Domestic Cat' finds pleasure in the commonplace: "Just to sit reading quietly behind a closed door / Cook food while listening to Radio 4". No forced authenticity; just a guy singing about what makes him happy. Need we add that both songs (like all the tracks here) are as strong and clear as church bells ringing?

There's melancholia here too, though, most notably in the forlorn "I wanna lover...." refrain that sees out 'Love's An Enigma (Part II)'. First single 'Serotonin' may be named after the hormone that induces happiness in the brain but it's a dark rumbling thing which fades out with what sounds like a guitar wail fed through an '80s synthesiser. It's a towering song, the emotional centrepiece of the album.

The potential breakthrough single off '2' is "Oh Heart Don't Be Bitter'. As catchy a bit of pop as you'll hear this side of Nelly Furtado, its scratchy lo-fi vocals are all that's keeping it off daytime radio. Again, another chorus to swoon over.

And there's our other lesson from this record: nothing beats a well-crafted song. No matter what genre or style - country, soul, metal, Bulgarian wedding songs - time spent patiently on the basics of songwriting dynamics (chord progressions, key changes, hooks and choruses - unfashionable stuff like that) is what separates the front-runners from the also-rans.

The Young Offenders and Simple Kid, different in sounds but alike in strong pop craftsmanship, both showcase McFeely's two apparent loves: listening to catchy tunes and then writing his own. What a brilliant album 'SK2' is.