A review of their album 'Speed of Life part two' 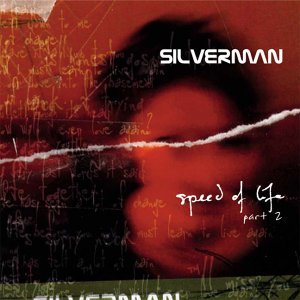 Sad songs say so much. Recall your most treasured musical moments - I'd bet most of them are tinged with regret and longing. Think of the real masters of the Sadness Brigade - Nick Drake, Leonard Cohen, Tim and Jeff Buckley - these people portray the Dark Side in a unique and honest way and suffuse their music with dazzling beauty.

With "Speed of Life part two" Silverman, an English mood combo, have set up their stall in the Misery Market. It's sad to report that apart from one shining exception this album's songs, lyrics and arrangements simply don't add up, with the result that Silverman come across as more maudlin than melancholic. The album falls down despite the best efforts of Anna Dennis, Silverman's main vocalist. Anna has it all - she's an original voice, she displays great range without being showy about it, and she can switch from tender to torrid without even trying. She's heard to particularly good effect on the album's real standout, "Nothing I do, nothing I say", a piece of music that shimmers and reminds me (in a good way) of Suede's "Still Life" - couched in a 'less-is-more' arrangement, and blessed with a simple melody and lyric, "Nothing I do, nothing I say" is a fine piece of music.

Throughout "Speed of life" Anna Dennis struggles desperately to overcome inappropriate arrangements (check out the grating drum loop on "Secret Baby"), and a collection of toe curdling tart lyrics ("Life's a bitch and so am I" on "Don't leave the world without me" is a particular standout). If Steps sang a line like "Can I have my heart back please" it would raise a giggle but Silverman are not in it for laughs.

Despite all of the evidence on display here I feel there's the germ of something good in Silverman's music - clearly, Anna Dennis is a real star and while the band's musical arrangements don't pass muster, on this album their playing is accomplished and varied. If they could consider giving their music a little more light and a little less shade Silverman could stitch themselves a nice little spot in Rock's Rich Tapestry.

In short - Get Happy, Rip it up, and Start Again.