A review of his album 'The Drift' 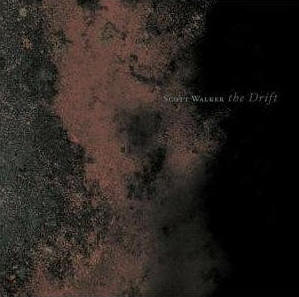 Review Snapshot:
A journey through the darkest recesses of an artist's mind, this album is both intriguing and terrifying; a true product of undiluted artistic freedom. But it's not for the faint hearted!

Full Review:
Scott Walker, born Noel Scott Enge, signed to British independent label 4AD in early 2004. The Drift is his first album for the label. It comes eleven years after his ground-breaking album "Tilt" which was released in 1995.

Walker is probably more widely known for his career with the Walker Brothers (none of whom were actually related, or named Walker incidentally). He left the group and released four LPs between 1967 and 1969 (Scott, 2, 3, and 4). As Walker's work has progressed, it seems to have grown darker, influenced by the likes of Jacques Brel, and art-house cinema's hero Ingmar Bergman.

Written and produced over a seven-year period, this record possesses a grotesque beauty and is simultaneously thrilling and nauseating. It's an album that you are unlikely to find filed under easy listening.

Opening track 'Cossacks Are' launches with a menacing drum beat and eerie guitar accompanying Walker's near operatic voice. The lyrics paint a darkly poetic landscape 'Cossacks are charging in/charging in a field of white roses' but are put at odds with apparent irreverence 'That's a nice suit/that's a swanky suit.' It's hard to tell if he's being serious or tongue-in-cheek.

'Clara' will quite frankly scare the bejaysus out of you. It would have made the perfect soundtrack to The Shining. Like Kubrick's thriller it is unnerving and manic.  Stressed strings churn and the sound of a cold wind whistles underneath an erratically off-beat percussion. It is at times maddening and perhaps suffers from trying to encompass too many ideas. But it certainly takes you on a journey.

'Jesse' finds marauding cellos interspersed with an Ennio Morricone-style western strum. The songs, one after the other, truly defy categorising as Walker has abandoned all rules and formulas and (depending on how you view it) has either indulged or divulged his inner demons for whoever wants to hear them. Lyrics such as "I'll punch a donkey in the streets of Galway" are sung with absolute conviction.

The album might have benefited from even a fraction of a change in vocal style, Walker's voice can stray into a nasal whine at times. But when it shines, it really shines and it's impressive to hear at 63 years of age he can still belt it out. I suppose the manic edge to it however serves to reinforce the albums near-gothic vision. Lyrics such as "Polish the fork and stick the fork in" are akin to the madness of Macbeth. An evil Donald Duck impression at the end of 'The Escape' is equally bananas and the album is finished off with the softer tones of 'A Lover Loves' where Walker calls to his cat throughout the breaks in the song "Pssst, Pssst, Psst."

This record is like nothing I have heard before. The nearest I could compare it to would be King Crimson and even then there's a world of difference between the madness of both. The Drift is absurdly pretentious in parts, bold, brave, insane and at times hilarious. But it flows with its own curiously strange logic.

A documentary, called 30 Century Man, about Scott's music is due out this year, with David Bowie as executive producer and it promises to offer some insight into the making of "The Drift'. For anyone with an interest into how this startling body of work came about, it'll be a must see. I'll be keeping an eye out for it, even if just to see does he really punch a donkey in Galway.