A review of their album 'Sound The Alarm' 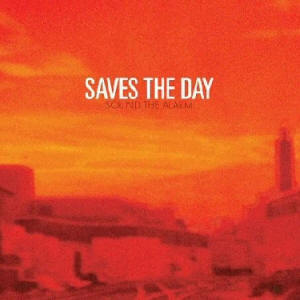 Review Snapshot:
Unimaginative artwork, unimaginative title, unimaginative album. From a band responsible for co-founding a genre that has since spiralled out of control and become one of the most popular sounds in modern music, this release is a let down that doesn't do the Saves The Day of old any justice?

Full Review:
The genre known as 'emo' has come swings and roundabouts from what it started as back in the day. Now a fashion statement consisting of side-parted/cow-licked jet-black or dyed-blonde hair (a style which no one would have thought of as ever becoming cool again after Flock of Seagulls), studded belts, tight fitting hooded tops and Converse shoes, oh and a hard-edged, emotionally tinged music accompanying it, perpetuated by groups like Fall Out Boy and Funeral For A Friend.

But originally it was the wide-ranging category that the likes of Jimmy Eat World, Hundred Reasons and Saves The Day fell into, a progression of punk-rock into a more popular sound with plenty of feeling to boot, that steered clear of the already silly pop-punk trend of the time. Saves The Day were the forefathers of a music that's exploded exponentially and now they return to reclaim their crown with their fifth album 'Sound the Alarm'. "Does it live up to expectations?

Well, no. They seem to have moved with the musical trends rather than standing their ground defiantly, becoming more like the bands that have since taken over. This is a shame, the charm of 'At Your Funeral' and 'Freakish' has been lost to the more mathematical and edgy style now employed on this album, it's only in tracks like 'Don't Know Why' and 'Bones' that the old Saves The Day is still present.

There are a few standout tracks, 'Dying Day' being the overall highlight of the album, but there isn't really enough on offer here to justify shelling out hard-earned cash. 'Delusional' is the step they seem to have taken in completely the wrong direction, as it comes across as a leftover from the last FFAF record, something no one in their right mind wants to hear.

So, all in all, Saves The day have released a palpable record that will please those that have dedicated their all to the genre and forgotten that it's all about the music, but will fail to impress those that are looking for a long-lasting record that harks back to the glory years of emo. Selah.