A review of the album 'Affirmation' 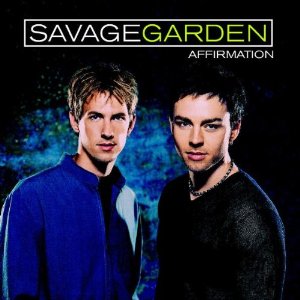 Savage Garden is one of those maddening pop bands that you don't want to like on principle but whose craft is strong enough to get under your skin at least a little.

The songs on its sophomore album are as smoothly melodic and slickly produced as anything from its 11-million selling 1997 debut, with sugary arrangements, layers of guitars that ring and chime, lush washes of synthesizers, and vocal harmonies. And you wind up walking away with the choruses to the best tunes - "Crash & Burn," "Chained to You," "The Best Thing" - unwittingly embedded in your head.

The Down Under duo (Darren Hayes and Daniel Jones) does deserve credit for a meatier emotional palette on 'Affirmation', at least. Unlike the peppy pop of its predecessor, there's an aura of melancholy across these dozen songs, partially due to the breakup of Hayes' long-time relationship and his decision to relocate to New York City to write the songs. The sparse and affecting "Two Beds & a Coffee Machine" reflects on spousal abuse ("Another bruise to try and hide / Another alibi to write") while "The Lover After Me" and "I Don't Know You Anymore" examine lost love from relatively fresh angles.

There's still a kind of retro anonymity to this stuff - it could just as easily be any number of 80s bands slipped on here. But on Affirmation, Savage Garden at least demonstrates some ambition to grow; so while it's still ear candy, it's more Snickers bar than cotton candy. But not quite a king size Snickers.