A review of his greatest hits album 'At His Very Best' 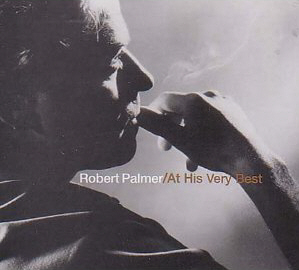 I must admit I approached this album with much trepidation. Apart from his obvious big hits, I was not aware of much of Robert Palmers work.  However, I was positively shocked when I first heard this CD. So many songs I was very familiar with yet didn't always realise who they were by. Palmer has had a long successful career spanning three decades, which is reflected on this album.

'Johnny & Mary' is a lazy, chilled track with a hook that appears to gently drip into your ears without you noticing and yet every time you hear it, the chorus stays in your head for weeks. 'Some Like It Hot' was the result of his collaboration with John and Andy Taylor from Duran Duran, recorded under the name 'The Power Station'. Memories of mobiles phones the size (and weight) of bricks and 'flashy' guys dressed in silver suits while sipping preposterous looking cocktails immediately spring to mind when this track is playing. In other words it is best kept as an embarrassing memory and has no other place today.

Following this we have his biggest hit 'Addicted To Love'. It is impossible to hear this song without thinking of the classic video featuring sultry models dancing in the background and doing a bad impression of playing guitars. This is simply a classic song. The vocals and production are spot on and this track has easily passed the test of time.

Palmer's voice is something that is much underrated. He has a wonderfully relaxed and deceptively lazy drawl that somehow always seems warm and twirls around the instrumentation perfectly. He is a classic soul singer, back when soul actually meant something.
The influence of disco appears to seep into around half of the songs but is always kept to the background. 'Simply Irresistible' is an example of this. It almost appears that he is afraid to go the whole hog and do a complete disco track. Then again it is this interplay between classic rock riffs and disco beats that make some of these songs timeless classics.

The closing track, 'TV Dinners', is a version of the ZZ Top song. Stripped down to its bare bones it is a decent cover and is injected with Robert Palmer's sometimes un-noticed humour. But as the closing track of a best-of collection it simply does not work and ends the album on a rather sour note. Which is a shame because strip away the chaff and you will find an interesting, diverse artist who has produced an impressive body of work.