A review of their album 'By The Way' 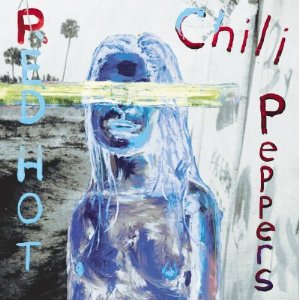 It was always going to be interesting to see where the Red Hot Chilli Peppers were going to go in the aftermath of such a critically acclaimed album as the 12 million-plus sales of "Californication". Masters of funk-metal they are, but for some, there's the danger that they would become over-dependant on such virtuoso. Should any such concern exist, it can be alleviated with "By The Way".

The new album is far more rhythmic then you'd expect. Virtually gone are the cutting riffs or bass solos that made songs like "Give It Away" or "Californication" so popular and ageless. Aside from a couple of tracks, the funk-rock has by and large been replaced by sonic melody and harmonies that utilise synthesisers, overdubs and even Spanish guitars. Much more is in demand of Anthony Kiedis' vocals and along with some of the most heartfelt lyrics you're ever likely to hear from them, the record has a much more organic approach with a range of mellifluous styles.

The title track "By The Way" is a classic Peppers tune with its chopping guitars and a chorus amped up to magnificent effect. "Can't Stop" sounds like a less driven "Power Of Equality", while "Minor Thing" is reminiscent of more heavy-handed songs of the past.

That's about all the trademark funk the record has to offer, as tracks such as "Universally Speaking" has a slight Motown feel to it, with a harmony that almost reminds you of the 80's. The band are clearly in mellowed mood with ballad-like songs such as "Dosed", with its tinkling guitar riffs and an unusually touching vocal performance, and "Tear" in which guitars are substituted for an effective piano tune and a brass solo. The aptly named "Zephyr Song" even sounds like a breezy tune with lyrics to suit, "And in this perfect weather / We'll find a place together / Fly On My Wind". "I Could Die For You" is a sensual downpour, albeit less obscure than "Blood Sugar Sex Magik's" more romantic moments. "On Mercury" is a lively number with a harmonica working overtime and it might even remind the listener of the Beach Boys. "Cabron" is almost baffling with its Spanish guitar and country-like guitar solo, but it will bring a smile to your face, if nothing else.

The album has its dark moments too and one of these is "This Is The Place", a definite highlight. The backbone of the song is a very effective bass riff by Flea, and lyrics: "Where time gets fast / But everything gets slow" and "On the day my best friend died / I could not get my copper clean" are echo words from "Under The Bridge". Kiedis gives his all for "Don't Forget Me", a broody message filled with pragmatic lyrics and throbbing guitar licks. "Midnight" flourishes with an orchestral string arrangement and a surging chorus to suit.

Overall, "By The Way" solidifies the fact that the Red Hot Chilli Peppers are confident purveyors of music that is both good and popular and the wealth of their experience is obvious throughout. The record reinvigorates their talents as musicians and songwriters, without dwelling or depending on former glories. This new and rewarding direction combined with pinpoint production from Rick Rubin means that "By The Way" is a triumph.