A review of his album 'Jollity' 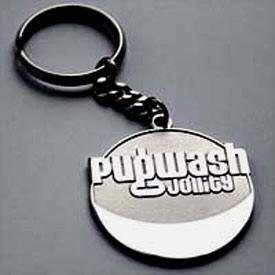 Review Snapshot: Jollity would warm the cold heart of an Irish sailor, but at times borders on the overly sentimental. Dromed takes a listen to Pugwash's latest album...

Full Review:
I have to be honest here. I know nothing about Pugwash, except for having read some reviews once upon a time about albums Almond Tea and Almanac. I don't recall if the reviews were good, bad or indifferent, but that the names of the albums stuck in my head. I also recall once hearing that sometime Air collaborator, Jason Faulkner, was playing with Pugwash and having harboured a bit of a crush on the blonde Californian I was quite envious about this! The powers that be conspired to ensure I never made it to the gig. So, this is a first listen to the music of Pugwash for me.

Jollity opens with the warm Californian feel of "It's nice to be nice". There are Beach Boy-esque harmonies, sleigh bells and glockenspiel aplenty. The first thing to strike me is the brilliant level of recording and the sweetness in the song's sentiment. However, lyrics like "It's good to be good and it's fun to be fun" makes me wonder is the song meant to be taken seriously? The trumpet intro of 'Black Dog' sounds fantastic and there is a Beck 'Sea Changes' era, feel to the song. Again I'm bemused by the lyrical content. No doubt the songs are meant to be somewhat tongue-in-cheek and a deceptively simple cover-up for the deeper meaning beneath, but I'm having trouble at times, being convinced of the depth of that deeper meaning.

'A Rose in a Garden of Weeds' has a folkier sound. There are beautifully dreamy string arrangements and the added effect of the harpsichord lends the song a medieval feel, yet it retains a subtle Irish charm. This could have been what the Horslips went on to do. 'I Want You Back in My Life' instantly reminds me of the Beatles 'In My Life' or 'The Long and Winding Road'. Again the arrangements are beautifully constructed, there's intense attention to detail and a heartfelt lyric but, the song is a little too sentimental for me.

Touches of dream-like guitar on 'Even I' sparkle with introspection and a vocal sample on 'Waltz #714' breaks the retro feel, broadening and modernising the sound. 'Anchor' ends the album well with the feeling that the album title was an aptly chosen one.

Overall the album is full of well-crafted songs, lovingly attended to like a garden of roses. It is quite a grown-up record and a touch too sweet and sentimental for me in parts. Lyrics like "Those silly billys won't bother you no more" on 'Lullaby #1' make fatherly, gentle assertions that are extraordinarily unaffected. Elsewhere on the album the lyric "Even when I laugh, even when I cry, I can tell you now that I am not a man, even I can see the irony" puts some of this sentimentality into perspective: Thomas Pugwash is a modern man. And maybe just a big softie at heart.

Check out CLUAS.com's interview with Pugwash from 2000.