A review of their album 'Oh No' 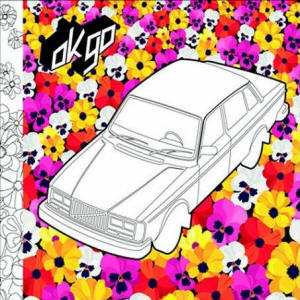 Review Snapshot:
Superstars of the internet of now with their amazing dancing on 'A Million Ways', OK GO are back with a new guitarist and Franz Ferdinand's producer. This results in the kind of straight on rock that when combined with FF's annoying dancability style brings us some great retro-disco tunes. Except without the annoying bit.

Full Review:
There's nothing original here before I start applauding the Chicago quartet on creating one of the most fun and concentrated records to reach my eager ears in a while. It's all fairly formulaic and has been done before, it's just the energy that they do it with is what strikes you.

Opener 'Invincible' is the pop/rock of dreams: you can simply nod along or lose yourself bopping in the pre-chorus of "the thousand Fahrenheit hot metal lights behind your eyes". 'Do what you want' is spectacular, surely a chart hit. It's got the best fuzzy chunk of a riff I've heard in a while: think Muse's New Born riff within a pop song and without the wailing angst.

What follows doesn't exactly match the same terrific heights of the opening tracks, yet the rest of the album continues the formula of catchy, sunshine rock. 'Here it goes Again' however can seem a tad contrived since they keep repeating the chorus, although recently arrested singer Damien Kulash's falsetto works well, especially on mid-tempo songs such as 'Lately It's so Quiet' where he's wondering "whose sheets you twist." You just know he's bitter about it.

'It's a Disaster' with its chugging chorus and cries of "it's all we got!" make you believe that they do indeed have nothing left after the "incredible mess". Whispers, or rather youthful screams, of Weezer circa Blue without the overbearing angst arise with the sound of a band in the now, who are having fun and showing it in their records; it's too bad Rivers Cuomo doesn't pack in the happy-sappy stuff and screw up his life in order to write songs like these again. Curiously as you listen to the album the internet hit 'A Million Ways' doesn't appear to be the ideal choice for a single, I'm beginning to think they picked it to fit the choreography.

'Oh No' won't be everyone's cup of tea with its criss-crossing of pop territorites and could alienate some indie scenesters with its attemot to cover multiple fan bases (indie does get a look-in: 'Let it Rain' is the standard indie angle of 'why do girls drink so much, to feel something?' which is slowly becoming its own sub-genre). 'Television, Television' marks a return to unnerved bouncing with limbs aflutter thanks to its growling riff-rampant lyrics about the futility of getting away from the TV and its "tits and politicians".

And that's it. They won't sell a lot coz no one will pay attention. Personally I think it's close enough to Modest Mouse in terms of likeability, although lyrically there's no contest. If you like some rock/pop to dance to give it a go but the lack of relation to some songs is a bit off. Just hope they come over here for the festivals, I'd say the police will let him leave the country?

PS: Damien Kulash was arrested for not moving on while signing autographs. He was then taken downtown while being pursued by fans with FREE DAMIAN signs from their cars. Now that's devotion for you. And apparently he watched the 'A Million Ways' video with the arresting cop. At least he got a new fan.