A review of their album 'Rock Action' 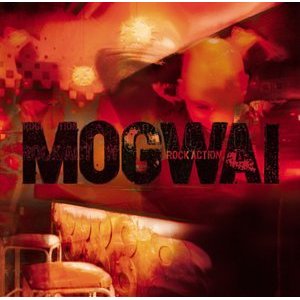 You're a band, you're from Scotland, you're miserable and unemployed, and more importantly you're pretentious. Be you Simple minds or Big Country or Heavy Petting or Marillion, you're a pack of pretentious, student wankers. That's the way it is. You're Scottish and you have something to prove, to the world , to the English, to the hun, whatever. We are cleverer than you, you croak, we may be uglier and our skin may be look like yogurt and the weather may be as appealing as a yaks rectum. But you're deep, aint chya? Oh yes.

Then you reach a point where you realize, nay c*nt is listening. So what do you do? You dumb down. Observe Jim Kerr croaking the oblique word collage of 'Sons and Fascination' to his bombastic crotch talk of 'Don't You Forget about Me'. You realize that being clever hasn't got a patch on being rich. And people don't understand you anyway, people don't care, and NOBODY ever reads Robert Burns but you. So you dumb it down, for the Hun, The English, the yanks. You write two songs, repeat them ad nauseum, (in big country's case it was the one song, either sped up, or slowed down.)

So why would Mogwai mess with the script? After two full length (and I mean FULL chuffing length) albums and a host of EPs they trotted out their pretentious manifesto to much beard stroking and attempted foot tapping. Students loved them, students who loved Arab Strap (and had Britney posters for added irony) on their walls. Students loved the way all Mogwai songs started slow and built up till you had lots of guitar noise. Everytime. Students were afraid to be the first dissenting voice in the luvvy camp, the first to point out, hold the f*ck on? aren't they just playing the same song? Sometimes sped up, sometimes slowed down, in classic Big country style? No one wanted to be the first voice, to be vilified, ostracized, decloaked of mystique and pique.

But now you can, for Mogwai have dumbed it all down. Rock Action is their Breakfast Club soundtrack. Given that their last offering, the eponymous four track EP was nearly thirty minutes long, it will come as a surprise to find that this album clocks in at a mere, America friendly, 38 minutes. It's like something you could put on the stereo while fixing your student bouffant in the mirror.

It starts off with a smattering of pretension, good old Yankee stylee pretension. In fact 'Sine Wave', the album's opener, could just be 'A Warm Place' by prolific whinger Trent Reznor and his NIN from '93s moan-a-thon 'The Downward Spiral'. As soon as that drifts out of your consciousness for ever, you meet with 'Take me To Somewhere Nice'. It sounds like Mogwai, alright, then Stuart pipes up with his singing. You think, well, it had to happen, and it's nice to get it over with now, at the beginning of the album. His off kilter, fat throated whine. The words are inconsequential, they usually are, his voice is, as ever, like a wet fart in the sleeping bag. Grand so.

But what's this? The next two songs also contain, gasp, vocals? Some in this horrible makey up fascist language (Welsh), ala Magma, sung by the Mogwai choir featuring Gruff Rhys from Super Bleeding Furry Feckin Animals. And what's more, there's this acoustic guitar going on at the beginning. Dial: Revenge that sounds like it should be on side two of Led Zep III. Which makes sense, seeing as the only British Rawk band to make an impression on America in the last forty years was the Zep. It's formula mate. It's all neatly tailored to fit in to the miniscule attention-bubble of the ivy league college radio gang. It's Mogwai doing Jim Kerr, mid Atlantic drawls, bad hair days, Kaleigh, ohhh, I never thought I'd lose ye?). It's Big Country doing the fast one. Ye'd never have expected it, but, it's more y*nk than w*nk.

So, time merrily spent playing Name-That-Influence, it becomes clear what the boys have been listening to. Too much moody grumblings ala Low. One thing, girls, Low have the odd voice in there, to carry a song. It was quaint in the olden days when Stuart would have croon like a slack-jawed, tuneless Scott Walker. It served to prove they were right to be mainly instrumental, and that, yes indeed, most bands have nothing to say worth a f*ck. So why have they decided to make the instrumentals the distinguishing, stand out moments? Maybe it's a bit of reverse psychology: to all those idiot American children who feel that they must sing along, no matter how flimsy the subject matter. It's like saying: see, you wanted us to be Rawk and roll and have the words and the voice and all. Happy now? See and hear the f*cking state of it? That'll teach you all.

On 2 rights make one wrong, where it sounds like a Mogwai cover band attempting a difficult Tangerine Dream number, they offer more cryptic clues to the depraved dept of their musical malfeasance. A vocoder chirps irritatingly in. Perhaps they borrowed it from Puffy Coombes or someone. Heavy, Albini-esque drums kicking through, little keyboard squiggles here and there and the piece de la bleeding r?istance, the suddenly ubiquitous Banjo bit. A f*cking Banjo? Laden with strings and banjo's and this choir like nurdlings in the background, you could be forgiven for checking the label to make sure it isn't actually Manfred Mann or something on the player.

So, you're from Scotland, and ye stick in the acoustic guitars, the post ironic banjo, the mature and artistic string sections. The songs have stupid names, but nowhere near as stupid as before. Is it a progression? Is it more pretentious or utterly bourgeois? The answer lies in the state of the cover, rusty red, big, black letters spelling out MOGWAI, in case you didn't notice. The teasingly self aware moniker: Rock Action is the key. There's no action, no rock. But in America the like that kinda thing. I mean, Marilyn Manson isn't actually a woman. Eh? How dya like that?

So, in finishing I'll add a quote, Judd Nelson in the Breakfast Club: "Does Barry Manilow know that you raid his wardrobe?", and ruminate on "Does the Incredible String Band know that Mogwai are listening to them, again?"