A review of his album 'It's Time' 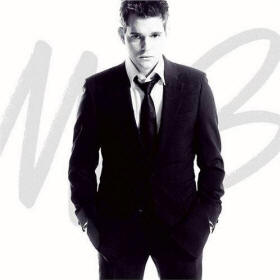 Review Snapshot:
This was in all probability the make or break album for the latest soft-jazz revival singer, however with it Michael Buble seems to have burst his own bubble.

Full review:
Immediate impressions of It's Time? The pretension of recent attempts at the revival of soft jazz is perfectly encapsulated in Michael Bubl's posing on the cover sleeve. With this album, Buble falls some miles short of capturing the essence of the music of his predecessors. Perhaps the reason for this is that the album only features songs from those predecessors, the true classics: Gershwin, Cole Porter, even Stevie Wonder. But with the exception of A Perfect Circle's recent offering 'Emotive', cover albums just don't measure up to the first recording.

By singing songs that so obviously aren't his own, Buble curtails his own talent and scope for originality, and acts only as an obstacle in the revival and progression of the style. As a result his singing often comes across as insincere and divests many songs of the mixed emotions that were fused in their writing.

Though capable of tender emotion, Buble begins by completely flattening and tethering to the ground the free and soaring 'Feeling Good'. But as someone who views the Muse version of the song as the ultimate, and Donkey's version of 'Try a Little Tenderness' unbeatable, perhaps this was never going to be the album for me.

For fans of the new wave of stylistically ambivalent "jazz", this is a mellow and pleasant album, perfect for a lazy hazy evening. Perhaps its biggest downfall is the fact that the backing group is noticeably more talented than the main man, though guilty of some seriously naff and cringe-worthily smooth string arrangements.

It's not all bad. As a Beatles fan, I must admit that I am guilty of advocating that that Beatles covers be considered sins against mankind. Yet Bubl's overhaul of 'Can't Buy Me Love' is the strongest track of the album, converting perfectly into this rhythmically groovy genre and injecting the first hints of true jazz, almost negating the in-betweenism of the rest of the album. Similarly 'How Sweet It Is' lifts the album in a fluffy swell of riffs and bluesy improvisations from its vapid troughs. Though the closest touches to the soul and jazz he's trying to emulate, his voice still remains as glassy and equally as deep as the window of the car he poses from in the inside cover.

Home, being the only song written by Buble himself, makes up in honesty what it lacks in meat. There is little else to be said about the remaining tracks, as they all subscribe to the same slow ballad formula, with little to distinguish them from each other. The final redeeming feature of the album is 'Song for You', a sweet and almost mournful ballad, with some wonderfully atmospheric saxophone runs and beautiful piano.

And so, with 'You and I', ends a torpid album, that at times reminds me of nothing so much as an extended Monty Python skit. Spam, anyone?