A review of their release 'Lights From The Wheelhouse' 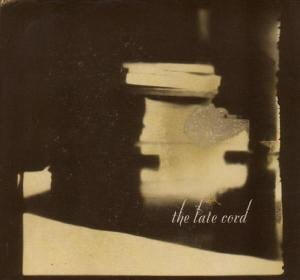 Review Snapshot:
The first offering from "Earlies" man John Mark Lapham in collaboration with his fellow Texan, singer/songwriter Micha P.Hinson, brings you to places you're not sure you want to be but would be afraid to leave in case you miss the birth of something truly original. However on occasion these five individual slices of melancholy don't always quite deliver on their promise. At times it seems there are one too many members in this duo.

Full Review:
Going under the name "The Late Cord", John Mark Lapham of "The Earlies" and his hometown associate, Micah P.Hinson, the man that brought us the sometimes splendid "Gospel Of Progress" album, teamed up with the intention of putting together an Alt-country Electronica side project.

"Lights From The Wheelhouse" is the initial fruit of their labour and is at times inspired and at others somewhat flawed. Opening track "Lila Blue" is an epic piece weighing in at a hefty eight and a half minutes plus, but it takes the listener on a new journey. With the gathering momentum of the organs, reverse beats and the almost subconscious vocals of Hinson drifting effortlessly within the melodies the song makes you feel you are at the start of something beautiful. The title track "The Late Cord" feels like a strange meeting of Leonard Cohen and Daft Punk. Subdued yet energetic.

Chains/Strings is the kind of piece that you would want played at your funeral, just to knock that mourning up a notch! It is the one time on the album that you can really visualise with the music, it seems to offer you a bleak snow filled horizon to gaze upon, or a trip to Tesco with a hangover.

Standout title "My Most Meaningful Relationships Are With Dead People" does not however have the standout track to back it up. This is where the partnership starts to falter. The track, with its incredible array of orchestration, simply does not need somebody singing softly in the background. The piece stands up on its own quite nicely but when Hinson sings it seems clumsy and ill advised.

The final song on the EP "Hung From A Cemetery Gate" is a bridge too far and a song too many for the duo. It lacks focus and features a little bit too much feeling around in the dark to my mind. Mandolins, chimes and chanting give this a dying days of a hippie commune feel and I don't say that in a good way.

It is a shame that the final minutes of this piece of work are left wanting, as it seems to have had the potential to be engaging and original. Maybe the upcoming album will help round off the edges.