A review of his album 'Kill your darlings' 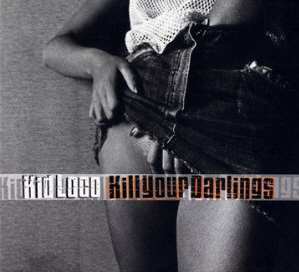 It may be an odious comparison to make, but I always felt that in the French lounge music stakes Kid Loco, a respected producer and groovesmith, played a Gallic Rolling Stones to Air's Beatles: Air are sleek and slick whereas Kid Loco's music has had a slightly grittier, even more sinful feel to it. For all that, I reckoned "A Grand Love Story", the Kid's previous outing, was a classic piece of romance and style wrapped in arrangements which were lush without being gushy and languid without being lazy. For that reason, if nothing else, I expected "Kill your darlings", Kid Loco's new collection, might just be a major disappointment.

Being honest about it, I hated "Kill your darlings" when I first heard it - on the surface it's Kid Loco's take on narcotics, or to be more specific, blow. The album should have been accompanied with Rizla papers and the Kid's obsession with weed is written in ten foot high letters, with tracks such as "Three foot high reefer" (a turkey), and "Here come the munchies" (a so-so filler). However "Kill your darling" really requires repeated listens, which is not too difficult, given Kid Loco's ability to crank out delicious hooks and grooves. "Cocaine Diana", the album's opener, is a guitar ballad in the same neck of the woods as the Velvets' "Sunday Morning" and has a great mock-goth black lyric - "Lucy's on my shoulder / talking like she owns the dead". "Lucy's dead" is another ballad with a carnal groove, and "Gypsy good time" is a very cute Boho tango anthem. You'll also find a couple of decent instrumental cuts on "Kill your darlings" but its highpoint is "I can't let it happen to you" - a perfectly simple song in the Burt Bacharach vein blessed with the most basic of moon in June melodies. Kid Loco's arrangement of this tune, with its swooning strings, would have made the track a standout in any era.

There are duffers on "Kill your darlings", born, I suspect, from narcotic sponsored laziness rather than lack of talent. Also, the album's sleeve and packaging are the ropiest I've seen for a while. However its good moments more than make it worthwhile.