A review of his album 'The Animal Years' 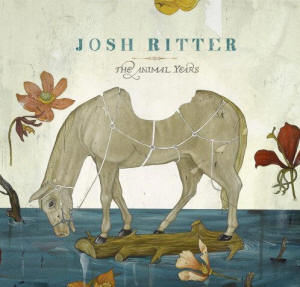 Review Snapshot:
The Chris Rea of the "Other Voices" generation, adopted Irishman Ritter returns with more of the same word-heavy singer-songer seriousness. If you like dancing and you have T-Rex or Prince records in your collection, you won't need to be buying this.

Full Review:
Josh Ritter's Irish success mirrors that of David Gray a decade earlier - an adopted acoustic artist tapping into the Irish folk/indie scene. The more cynical may recall an earlier visitor, Chris Rea, whose 80s rock blandness has its equivalent in Ritter's typically vague and rambling singer-songer unoriginality. Nonetheless, Ritter is successful in Ireland, so new album 'The Animal Years' can count on an eager fanbase.

However, like so many of his peers, Ritter's weakness is that for lyrics he writes reams of poetry and then tries to cram them into flat unmelodic songs with no choruses or melodies or hooks. As a result, this is an unmemorable album in every sense of the word. The lyrics, one gets the impression, are more important than the music - all instruments subordinated to the poetry, all accompaniment unobtrusive and therefore bland.

"Monster Ballads" gives the game away. Straining under yet more redemption-in-the-desert imagery (including a laboured pun on the word 'station', as in 'radio-' and '-of the cross'), its tastefully-plinked piano could have come straight from a Norah Jones record.

So, let 'The Animal Years' and Ritter's success in Ireland be entered as evidence for the prosecution of the puritanical pretentiousness and creative sterility of the Irish music scene today.