A review of their album 'Return To The Sea' 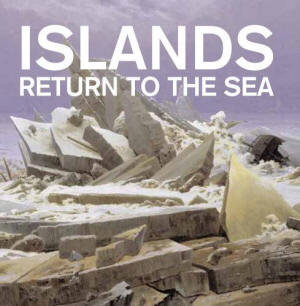 Review Snapshot:
Forget Manchester, forget London, forget New York and Los Angeles. The most exciting scene in music right now is Montreal's. Islands' debut album is just the latest in a long line of wonderful records released by artists from that city over the last few years.

Full Review:
Once upon a time in a magical place far, far away called Montreal there were Unicorns. These mystical creatures made some of the most outrageously infectious indie-pop ever committed to tape and released 2 albums, "Unicorns Are People Too" and "Who Will Cut Our Hair When We're Gone?", overflowing with musical gems. Unfortunately that's where the tale of the Unicorns came to an end because all this happened just before Canada became recognised as a musical hotbed and the band disbanded citing "exhaustion from touring" and "creative differences" as the reasons. And it's a good thing too because I've pretty much got everything out of their fairytale stuff as there is to get.

At the heart of Islands is 2/3's of the Unicorns, singer and guitarist Nick Diamonds and drummer J'aime Tambeur, but for this album the pair assembled a bunch of friends to fill in any gaps in their otherwise White Stripes resembling lineup. It just so happens that that bunch of friends is virtually a who's who of the Montreal music scene with contributions to the album coming from Dan Boekner (Wolf Parade), pretty much all of Arcade Fire bar Win Butler and drummer Jeremy Gera (Richard Reed Parry and Regine Chassagne had both previously worked with the pair on the last Unicorns album), Pietro Amato (Bell Orchestre), Spencer Krug (Wolf Parade, Frog Eyes, Sunset Rubdown) and bunch of other people whose names it isn't yet cool to drop. And the results, well they're pretty damn impressive.

Not only are they pretty damn impressive but they're also a collection of probably the most diverse sounding songs you'll hear on any CD this year that isn't a CD-R with something like "Dave's Awesome Mix" scrawled on it. Now I'm looking forward to the new Shins record as much as the next guy with a fringe and a pair of Cons but this record brings indie-pop to places that James Mercer and co. for the most part haven't even touched upon. The guest spots here drag Islands away from what seems to be their natural poppy sound but the core grouping of Tambeur, Diamonds and bassist Patrice Agboukou have still produced some wonderfully catchy tunes which just fail to match the very best Unicorns material. But  it's the contributions from others and the resultant nods to country, calypso, post-rock and underground hip-hop which really makes "Return To The Sea" a special record.

Tambeur and Diamonds certainly know how to pick their collaborators and they're comfortable enough to allow them to do their own thing without worrying that the songs are getting away from them. Spencer Krug's fingerprints are all over the nine and a half minute long opener "Swans (Life After Death)" although his synth playing here is a lot less visceral than his work with Wolf Parade. Anyone who has heard Bell Orchestre's "Recording a tape the colour of light" would be unsurprised to learn of the presence of Reed Parry, Amato and Sarah Neufeld on the instrumental Tsuxiit, and if you're going to get MC's Busdriver and Subtitle to guest on your record then you had better give them some decent beats to rap over then too.

It's always a risk that an album with such a broad spectrum of sounds won't mesh together and that it will result in a hodge-podge of songs which sit uncomfortably alongside each other and yes, and with so many different people working on the various songs this could have easily happened with "Return To The Sea". However Islands have stumbled across a remarkably easy way to overcome this problem: simply make sure every single song on the record is good, then it you don't have to worry about a unified sound. Islands have managed to accomplish this and in so doing have produced the album of the year thus far. Highly recommended.