A review of the album 'Abandoned Shopping Trolley Hotline' 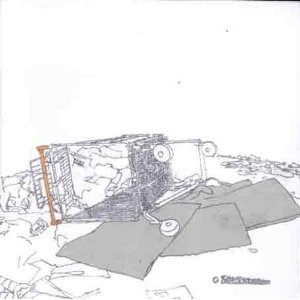 An odds and sods round-up collection from the quality English rockers, 'Abandoned...' serves as a timely reminder of the band's diversity and ear for something that the rest of us would ignore. 15 tracks in total of B-sides, radio sessions and piss-takes the album can be at times an uneasy and irritating listen.

Several of the tracks here wouldn't look out of place on either of the two Gomez albums but, to be honest, quite a few of them should have remained in the vaults or on the flipsides of deleted singles. The opening 5 fits into the latter bracket although of these 'Bring Your Lovin' Back' could be a Tom Waits throwaway if he was in a good mood.

Alternative versions of '78 Stone Wobble' (here called '78 Stone Shuffle') and 'We Haven't Turned The World Around' (here given The Beatles treatment) are interesting but the real gems are the wholesomely bluesy 'Buena Vista' (recorded in '96), 'Wharf Me', 'High On The Liquid Skin' and a superlative version of The Beatles 'Getting Better' (which may be familiar via the Philips ads that it soundtracked about 3 years ago.) 'Getting Better' will probably be the only reason in buying this compilation for many.

So, overall, a diverting enough collection from a band capable of much better. For completists and fans only.