A review of their album 'Liquid Skin' 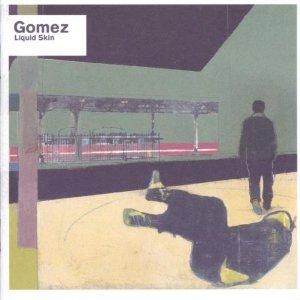 Gomez first appeared on our radar screens just over a year ago with the sublime 'Bring It On' winning awards and plaudits from critics and fans alike. Best of all, having done it all with such a basic formula - simple arrangements, a few fresh ideas and the dynamic vocals of Ben Ottewell - the idea of moving the boys out of the garage and throwing a few dollars at them was a tantalising prospect indeed.

Rather than the expensive production and big-name session musicians, the lads have opted to open the garage door and let in a couple of friends. The sound as a result is more beefed up than extended, with experimentation seemingly in short supply. The first single 'Bring It On', for example, is more a natural progression than anything else. The highlight of the first half turns out to be 'Las Vegas Dealer'. Not knowing whether to be a sing-along, cymbal crashing frenzy or extended jam session, it compromises and somehow manages to be all three.

But are they on to too much of a good thing? Without a different road to travel the sound begin to be sluggish, heavy, almost laboured. Worst of all the vocals - without a doubt the main selling point of Gomez - is often drowned out and lost amongst the competition.

Relief comes to hand in the form of 'Rhythm and Blues Alibi'. Lighter, sparser, just a couple of guitars and percussion, and the voice again allowed to take centre stage. Once back in a familiar groove, Gomez play it through right to the end, swinging even through the 7-minute epics 'California' and 'Devil Will Ride'.

Once again there is the habit of breaking down songs in the middle, taking the pieces and building something even stronger by the end. If it sounds familiar then it is - all in all this is really 'Bring It On (Part II)'. So if you liked the first dose of Gomez, you know what to do.