A review of his album 'Gravity' 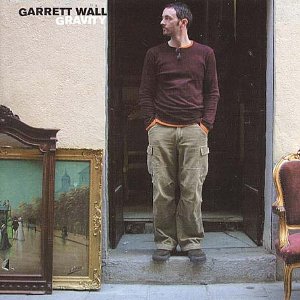 Given the ubiquity and popularity of the singer/songwriter on these shores in recent times, I must admit to being nonplussed when I came to listen to Garrett Wall's latest offering, 'Gravity'. Yet another Irish singer songwriter whose primary distinction was producing three albums and yet being relatively unknown, at least to me. Whilst notable exceptions do exist, there is a pervasive melancholy associated with the genre that tends to temper my repeat enjoyment of many a promising album.

Yet from the opening strains of the title track, it was obvious that album has far more to offer than the acoustic introspection I had pre-conceived. The song 'Gravity' is a declaration of intent with tinges of dusky speakeasy jazz and a powerhouse piano bridge. A finer pop tune you will not hear. This is followed be "What you Need", all driving guitars and melody, much in the vein of "Summerteeth" era Wilco. Lyrically, it is seeped in vitriol "So be it / Amen to that and all you teach / you'd be a liar not to practice it / all the things that you preach" yet is married skilfully with the most dynamic and uplifting arrangement on the album.

However, there is better to come. Two tracks "These Days/Los Dias" and "Fish" are slices of acoustic perfection. Both superbly showcase a tunesmith on top form. These are such simple tunes yet so catchy, an essence delivered by their purity of melody. Elsewhere, songs like the soulful "Grow Up" with its soaring piano and vocals demonstrate that Wall is a singer of no little ability. All of the songs are complimented by some deft and sympathetic production. The sounds is rounded, lush and layered, and of a quality seldom seen on the offerings of lesser-known artists.

Not that this album is without flaws. The Mirwais-esque opening to "Something Real" and the slightly synthesised female vocal on "Watching you Fall" are ill-advised, but these are minor quibbles against a record so full of summery hooks and toe-tapping riffs it could not fail to put a smile on your face. Indeed, Wall's relocation to Madrid in recent years has obviously been a powerful fillip to his craft. The music is infused with Latin influence but retains mainstream tempo and rhythms - so no castanets but the laid back Spanish attitude of "ma?na ma?na" is here in spades.

In "Gravity", Garrett Wall has produced one of the most accomplished and engaging pop rock albums of the year. Given that there are potentially a number of chart friendly singles on the record and the fact that his music should appeal to a broad spectrum of listeners, success is a very realistic prospect. With the right exposure, this album should sell by the bucket load and deservedly so.

Check out an interview with Garrett Wall here.

"Gravity" is released on the Pressure Records label.