A review of their album 'Beautiful Garbage' 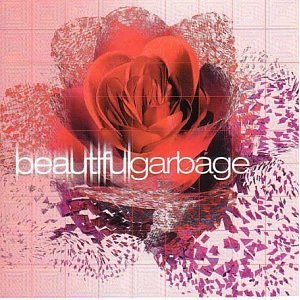 'Beautifulgarbage' opens with the thrashy 'Shut Your Mouth', then 'Androgyny' - after starting out as a Backstreet Boys video - suddenly sways back and forth, and catchy to boot. And it's here that the main theme is revealed - yes, it's back to the days of Stock Aitken Waterman, tinny (but very well produced!) tunes and shallow lyrics (something Shirley Manson is pretty good at, love her as we do). Yep, it's 1986 all over again.

The driving guitars of Version 2.0 are left behind, and whilst there are good songs to be found here, most of those songs have been released before, by artists who let them stand up for themselves. As opposed to messrs Vig, Erickson and Marker, who prefer to let their production instincts run wild.

That said, after a few listens, it is hard not to sing along. 'Can't Cry These Tears' is a sorority dance, 'Cup of Coffee' tugs at the old heart strings, 'Breaking Up The Girl' and 'Parade' are custom-built for driving with the stereo up loud. Damn it. I've fallen into their trap. Like the decade it's based on, beautifulgarbage isn't disposable at all like I thought. A whole new generation will be secretly singing this for the next 20 years.

Make mine a Fluffy Duck, then. And don't forget the cocktail umbrella!

Check out another review of this Garbage album right here