A review of their album 'News and Tributes' 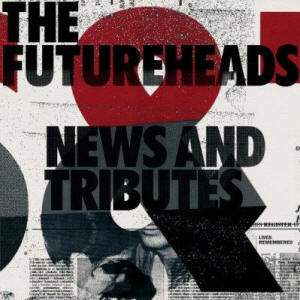 Review Snapshot:
The second album from one of the wave of British guitar bands that emerged in 2004-05. This time they've gone for more Clash and less Kate Bush - a selection of potentially fine songs let down by an apparent reluctance to push themselves away from their punk-wannabe peers. The new Sterephonics, anyone?

Full Review:
No doubt there are many people who define The Futureheads by their impressive 2005 cover of 'Hounds of Love'. For all the attention it brought them, it probably overshadowed the original material on their eponymous debut album. Needless to say, there are no cover versions on their new album.

Their Kate Bush homage at least indicates that The Futureheads have more than just 'London Calling' in their record collection. It doesn't show in these new songs, though. 'News and Tributes' is certainly a Clash-influenced album of jagged guitars and would-be terrace anthems. For choruses the band generally fall back on shouting the monosyllabic titles of tracks like 'Yes No' and 'Cope' rather than the melodic effort they make with the tuneful refrain to 'Back to the Sea'.

It's a pity, because otherwise The Futureheads seem quite capable of melodic craft and thoughtful songwriting. The catchy first single 'Skip to the End' has a brilliant lyrical conceit - before our relationship starts, let's zoom forward to the end to see if it's worth the trouble. It's the stand-out track of this album. The slashing guitars that introduce 'Fallout' are just as exciting, and the band's distinctive four-part vocals on songs like 'Burnt' show a great instinct for thrilling pop - apart from those flat choruses, as we've said.

Musically, though, there is little experimentation or development on show here. The Beach Boys-style harmonies on 'Thursday' and the acoustic intro to 'Face' are merely baubles hung off the same old driving-guitar-and drums sound.

The strangest song on this album is the title track. Oddly for a Sunderland band, it apotheosises Manchester United fans and the Munich air crash of 1958. Anthemic and elegiac, it reaches for poignancy ("They're still singing despite the years/Sending them back into Europe") but lapses into unconvincing sentimentality ("On that day the snow came and sent them to sleep").

There are enough flashes of ambition and curiosity throughout these songs to suggest that The Futureheads could have made a much more inventive album than this one. As it is, their over-reliance on the same old template of punk sycophancy makes this album a slight disappointment.