A review of their album 'Salt' 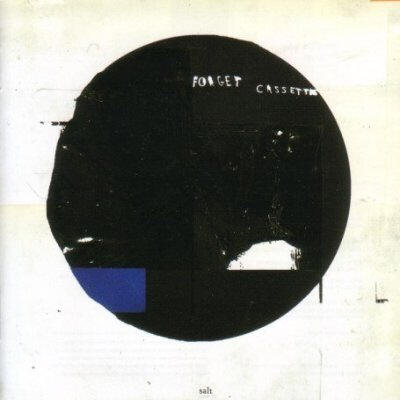 Review Snapshot:
At first it's difficult to know what to make of this album. It refuses to go where you expect it to and pokes a pin in the most vulnerable places of your mind. Then it clicks, and it doesn't take long to realise that this album is one of rare quality, subtlety and intensity, even if it sometimes fails to retain your attention, and even though it will almost definitely fail to obtain commercial success. But if this isn't success in an album, I don't know what is.

Full review:
Every bone in my body is begging me not to take the cheap road and concentrate on the fact that the nucleus of this angsty alternative band is occupied by a female singer/guitarist/songwriter, but Salt doesn't make it easy. Beth Cameron's voice is so refreshingly uninhibited and aggressive that it takes you by surprise at every line. The album as a whole is like a superbly crafted weapon and that voice a jagged edge that mars it, but is equally effective at wounding.

The promo blurb released with this album goes on with some b***sh*t about the two volatile elements combining to form salt, but somehow it seems to have wholly missed the point of the album. Salt is ultimately an organic album, seemingly eschewing normal song structures, with each track melding together perfectly in a way that suggests natural growth rather than conscious planning. It rivals even classics like The Dark Side of the Moon, if not for durability, interest or sheer excellence, then definitely for unconditional unity as an album.

Although Salt's most brightly shining facet is almost certainly its raw, no-holds-barred, confession-like emotional intensity, a haunting beauty can be found hidden deep with in the anatomy of the songs themselves. Taken apart, the melodies are notably unique and intense, while Beth's guitar style and use of odd rhythmic ideas seem like they would be perfectly at home in a Corkonian instrumental band. The way in which these elements are fitted together is the only part of the album that seems in any way consciously or pre-meditated, with its harmonies carefully chosen and balanced to devastating effect and fugal passages displaying a daunting musical intelligence.

If intelligence is what you're looking for in the album, then the lyrics of each and every song on this album deserve mention. Read on their own, each song reads like a poem: Beth manages with her honesty and self-abasing humility to utilise metres that are literary, even Shakespearean at times, without even the slightest hint of pretension, while echoes of a natural cynicism and minimalism keep this poetry firmly modern. Enhancing the feeling of an organically grown album, there is little or no distinction between verses and choruses, each song contains more repetition of lines than average. Instead of becoming boring, this unusual repetition not only keeps a minimalist lyrical content but emphasises those lines that aren't repeated: the overall effect being one of utter starkness.

Of course, Salt suffers from a common ailment among many similar albums. In a naturally flowing waterfall of this kind, it's often difficult to make out the individual streams and eddies. In other words, very few of these songs are very memorable in their own right, leaving behind only the merest impression of their existence. However that does not diminish the effect of an album like this, one that seems fresh at every listen.