A review of her album 'Yola' 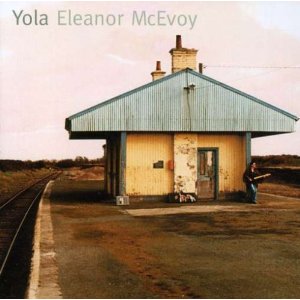 As the name for the dialect formerly spoken in Wexford, Yola was a unique form of expression - a way to communicate for the inhabitants of that isolated area. As the name for her current and fourth album, Yola is Eleanor McEvoy's way of expressing in the language of music, her viewpoints and thoughts on the world while she was temporarily residing and writing songs in Wexford.

Eleanor's new CD is a stripped down, keyboard-lead affair with her guitar often relegated to the background or made non-existent. 'Isn't it a Little Late?' is just the bare bones of a repeated great feel, real-drummer drum beat overlaid by vocals. Though she touches on social commentary with 'Last Seen October 9th' about missing persons, the rest of her songs deal with matters of the heart.

The rain in Wexford apparently influenced her song writing. 'The Rain Falls' is a modernised breakup song where the male uses email to delete the girl from his life. However, where once her vocals would go from a whisper to a scream of obsessive despair such as on the superb "Did You Tell Him" from her last album, now she just goes from a whisper to a stream. The stream of the rain on her window pane, gives way to the pains that generate streams of tears, but her voice veers away from maudlin or vitriolic extremes making her sad songs sound like upbeat melancholy. Perhaps all those rainy days were tempered by good personal relationships?

The emphasis seems to be on the positive. The album starts with the uplifting 'Got You to see Me Through' with it's "sunshine from the skies" and "rainbows in my eyes" and ends with two songs celebrating love as the salvation from darkness. "I Hear You Breathing In" is "the heartbeat by my side" at night, and 'Something So Wonderful" places love as the "way out of the darkness" where her eyes are "blinded by something so pure".

If Yola was once a form of communicating in Ireland's Southeast, it is now an album expressing the thoughts and musical ideas created by of one of Ireland's best songwriters while she lived in the area. It is on release now on her own label, Blue Dandelion Records.