A review of their album 'You See Colours' 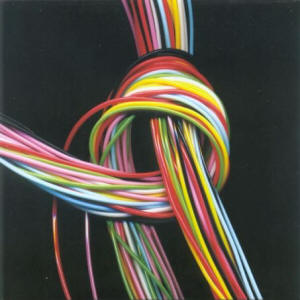 Review Snapshot:
The Delays follow up 'Faded Seaside Glamour' with 'You See Colours', an album of great palpable pop, saleable rock, or just sturdy tunesmithing. Although it can be a bit of a rollercoaster ride, there is a general continuity of good strong songs that display enough potential to keep you attention. Though we all know one track stands alone from this album? no names named.

Full Review:
The Delays' second album 'You See Colours' opens with a solo falsetto that introduces the first stonker 'You and Me'. On the third or fourth listen, after it has become a song of familiarity, the anticipation of the first riff kicking in after Greg Gilbert's vocal, is alomst unbearable. But it's in the second track, the anthemic single 'Valentine', that the marvellous musicianship and the strongest of song-writing skill is to be found. It's an awesome number: ace disco-indie, like Madonna rocking out on steroids (macho and manly, but retaining the voice). After just one listen you'll be searching it out of the record collection any time an urge to dance hits or someone unaware of its existence turns up and needs to be educated.

Shame then, that the same can't be said of the rest of the album. All the songs are sturdy pop tunes but seem so pale in the wake of 'Valentine'. But the fact of the matter is of course only a complete lunatic would discard that lead-single after its composition; if there's any justice, the song deserves ultimate exposure, wholesome notoriety and radio saturation to ensure its place as a classic in years to come?

But we're talking about 'You See Colours' and not only its second track. It's an album that gets better with subsequent listens. On some of the album's latter tracks (such as 'Sink Like A Stone', which incidentally has one of the best vocal hooks on offer) there are little patches of empty spaces where inspiration didn't seem to quite seep in.

Repeat visits will reveal a world of other colours on the album. Tracks such as 'Given Away' and 'Lillian' burst with tonal vibrancy, whereas 'Out Of Nowhere' and 'Hideaway' are somewhat faded and lacklustre. Indeed, an array of colours to be seen, but there are as many faint greys as bright bursts of reds, yellows and greens. A worthy recording nonetheless.