A review of their album 'X&Y' 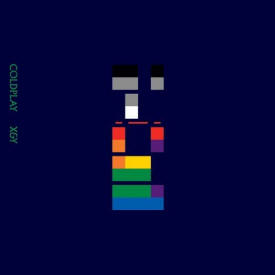 Review Snapshot:
England's favourite students go for the big time with their third record. Will Chris Martin steal Bono's crown? Will Gwennie guest vocal? Do they really sample Kraftwerk? What are the names of the rest of the band? Read on to find out (disclaimer: very few of these questions are answered - it's mainly just about the record).

Full review:
And so it was. Athlete, Snow Patrol and Embrace were snuggling up to the feet of Chris(t) Martin, comfortably numb at the success Coldplay had brought them. Having restructured what rock music is, bringing it back to stadia around the world. Not with tit flashing and leather trousers stuffed with candle sticks, but with power piano chords and 'emotional' lasers.

Martin once confessed how bemused he was at how far ahead Radiohead are, as they redefined rock as electronica. But Coldplay weren't about to make any kind of drastic Kid A move. That said, perhaps by default, X & Y is clearly a progression.

From Parachutes to A Rush Of Blood To The Head, Coldplay traded their over use of acoustic guitar for an over use of piano, this has been traded again on X & Y for ethereal filler backgrounds, as if the band themselves are playing under the Northern Lights. 'Speed Of Sound' is not a very hopeful precursor - sounding rather like Coldplay ripping themselves off rather than taking any positive step further.

On 'Square On', there's that strange 80s staccato drumbeat the Bravery have made so much use of lately, mixed with some Bono-esque oh uh ohs. There's a strange structure to it, and Martin's vocals are at a first listen very unappealing. But the riff is a grower. It's quite intense, a bit desperate, a bit of a struggle as perhaps the band come to terms with deciding how to enter their third album. A common trait runs through most of the tracks. They fade out, about four fifths through, leaving Martin to return to deliver song title in the dying moments reassuring us that there's another song to come. This is most noticeable on 'Square One' and again on 'Talk'

'Talk' is probably the most talked about track on the record (no pun int?oh whatever), and it is where the album begins to shine. An aching riff is picked out amongst the depths of a bassline that carries the melody into Martin's lyric that reaches out into an exceptionally sensitive chorus. Martin questions where he will be in the future, again carrying the theme of the album; feeling lost, trying to hold on to what you have and consolation.

Coldplay come closest to Parachutes on 'What If', a ballad a little less hopeful than 'Everything's Not Lost', as Martin questions whether he has got this, that and the other right; marriage, parenthood, his music. It's an openly insecure lyric - "what if you don't want me in your life / what if you don't want me by your side?" As with everything with Coldplay, the lush comfort comes in that fact that it is only insecurity Martin questions, not reality, so, relax, everything's not lost.

'White Shadows' carries the harsh drumbeat again, and has two nice 80s riff threaded through, just when you thought Coldplay wouldn't have anything to do with the Zeitgeist. Then 'Fix You' opens as all the tracks seem to do, with an organ lost at sea. It's another ballad with a attractive if predictable progression.

Surprisingly, 'Twisted Logic' and 'Swallowed In The Sea' are forgettable U2, REM mashups. They both sound like a band too hung up on their influences and previous music trying to make songs that are overly conscious of just that and end up confused and mangled. 'The Hardest Part' and 'Til Kingdom Come' are classic Coldplay ballads, set to appear on a heartbreaking Dream Team scene very soon.

This is a fine album, but the songs are not as clear-cut as the crisp and defined 'A Rush Of Blood To The Head'. X & Y is the sound of Martin trying to squirm out of the silk of his previous tunes that as cocooned him. The choppy guitars pay far too obvious an homage to The Edge, that they resonate as parody rather than tribute. Luckily, 'Talk', 'Fix You' and 'The Hardest Part' grabs the brand from a wreckage than may otherwise have written them off.