A review of the album 'Parachutes' 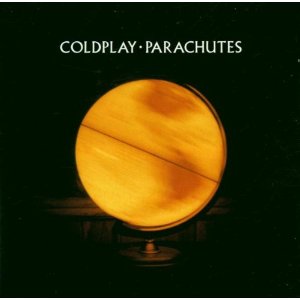 Just as it seemed that the doom-mongers had won with their perennial "Do we really need another guitar group?" question, a band has popped up to slam the dance-beats back in their faces. Coldplay, formed in University College London a little under two years ago, have climbed to the top of the indie ladder with shuddering speed and are now the new Great White Hope (well, until that little-known beat-combo Radiohead release their latest effort later in the year).

Parachutes debuted in the UK charts at Number 1 on the back of the sleeper single of the year 'Yellow'. Lead singer Chris Martin's voice, a pure and assured instrument, harks back to the tragic Jeff Buckley though he doesn't indulge in vocal gymnastics for the sake of it. The melodies are the key here. From the feather-touch drumming, the supple bass through to the spidery, liquid guitar it is obvious that these songs have inspired some sort of devotion from the musicians, and the audience can wallow in someone else's emotional trauma. The dark side is explored with songs such as 'Shiver', 'Spies' and the lovely 'Trouble' with its impulsive piano. There seems to be a maturity here that is, initially, unsettling but quickly, the inspiration comes through. 'Don't Panic' and the final hidden track 'Life Is For Living' are almost gospel and drag the listener through the clouds to the sunshine above.

That is not to say the album is without fault. The pace can be a bit leaden and there are times when I really wanted the guitar to bite. There is no anger here but perhaps that is a more accurate reflection of life in Britain right now. Oasis grabbed us by the throat back in the 90s with a guitar sound that exploded with aggression and hope, then spectacularly fell from on-high. Coldplay are the antithesis of this - the fall-out from Oasis' plunge.

Like the Badly Drawn Boy's album 'The Hour of The Bewilderbeast', Coldplay's 'Parachutes' has been nominated for the Mercury Music Prize award. This competition has a history of debut album winners (Suede, Roni Size, Gomez) but I hope Coldplay don't emerge at the top - surely they have even better to come.