A review of their debut album 'Clap Your Hands Say Yeah' 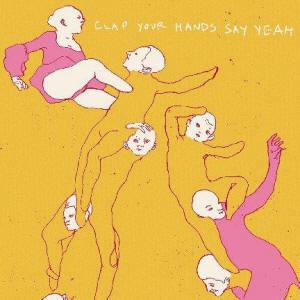 Review Snapshot:
Emerging from a plethora of strong talent present at the start of this new year of music, Clap Your Hands Say Yeah have hit something special and stand out as a decisively different musical experience that really delivers on the excitement that's been frothing beneath this band's wings. You either love it or you hate it, but no one will find themselves undecided, uniquely inventive and inspiring, this album is worthy of all the hyped words it has received.

Full Review:
Prepare to be astounded by a music that is bordering on revolutionary, Clap Your Hands Say Yeah are the toppermost o' the poppermost in a year that seen so much good music so soon, they're the definitive article. Launching straight into their rip-roaring debut with the unabashed 'Clap Your Hands!', the start to this album is something quite out of the ordinary, it grabs you and immediately determines from the off those that are for Clap Your Hands and those that are against?

The point of contention is Alec Ounsworth's extraordinary voice, totally uninhibited and constantly breaking amid his oratorio, it is unique amongst all other formulaic vocal styles present today, it comes across as the rawest display of pure energy and is the perfect vehicle for conveying his captivatingly unusual lyrics, but alike to marmite, you either love it or hate it.

And for those of us that love it, the album is something else, it's a full LP, full of life, fun, fervour and energy. This is it. Having attracted the attention of two seminal Davids already, Bowie and Byrne respectively, those that know good music are keenly aware of Clap Your Hands Say Yeah's existence. So take heed scenesters and check them out.

Tracks such as 'Let The Cool Goddess Rust Away' and 'The Skin Of My Yellow Country Teeth' stand as these glorious testaments to artistic licence and in doing so dispel all restrictions, hindrances and shyness lesser artists let get in the way of their music. With 'Over And Over Again (Lost And Found)' and the triumphant ender 'Upon This Tidal Wave Of Young Blood' the incredible song-writing ability of the band comes through concisely, and in the new single 'In This Home On Ice' can be heard the first traces of what in later years will be called seminal and classic.

From start to finish Clap Your Hands Say Yeah never fail the listener, it's ridiculously infectious and you may well find yourself coming back to it more often than any of the year's other offerings. So far, everyone's talking of monkeys, but there are those who've only been clapping and saying 'yeah' since the common European release date of the two respective debut albums?