A review of their album 'Come with us' 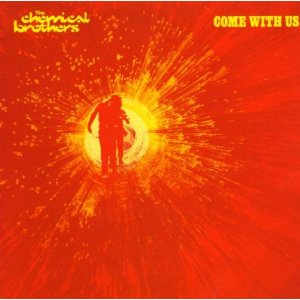 The Chemicals are, rather obviously, legends in the world of electronica. And when legends are absent from their particular sphere of influence for a prolonged period of time, expectations will inevitably be high when they return. After a quiet 2001, and over 18 months in a South London studio, the Chemicals have returned with their latest long-player.

There are those that will say that with the well-funded and undoubtedly hyped fourth album, Come With Us, Tom Rowlands and Ed Simmons have strayed too far from the bedroom-tinkering origins of their music. And yet this is very much a typical Chemical Brothers album. As with the output of Orbital, it will require several listens to fully make up your mind about it, and it will grow on you.

Come With Us gets underway with the title track, whose gargantuan rock drums, bleeps and sirens, together with a psychedelic vocal, identifies itself very clearly as a Chemicals track. It's followed by last year's hit single 'It Began in Afrika', better known as 'It Began in Afrika-ka-ka-ka-ka'. This is a pounding tribal techno track, complete with various jungle animal sound effects and thumping percussive loops.

'Star Guitar' is the next track from the album to be released and should easily do as well as 'It Began in Afrika' on the dancefloors and in the charts. It's a swirling uplifting house anthem, with clear Balearic overtones, which considering the Chemical's place in dance culture, is obviously meant to evoke nostalgia for a time when Ibiza wasn't an embarrassing byword for vomiting fools and cheesy superclubs.

This album may be something of an evolution for the Chemical Brothers, but they haven't broken the habit of a lifetime when it comes to collaborators. Recent contributors such as Noel Gallagher, Tim Burgess and Bobbie Gillespie are just some of the many and regular Chemicals collaborator Beth Orton ('Alive Alone' and 'Where Do I Begin?') makes an inevitable appearance on this album with the sometimes maudlin and horizontally laid-back ballad 'The State We're In'.

'Denmark' is a stripped-down dirty funky dance track which annoyingly enough, reminds me of the theme to some Playstation game that I just can't remember. If anyone can think of it, let us know.

The psychedelic theme is returned to in the following and penultimate track 'Pioneer Skies' with bongos, alarm bells and techno beats. Former Verve front-man Richard Ashcroft then reports for lyrical duties in the closing number, 'The Test', a occasionally satisfying mess of beats and noise overlaid with the kind of mystical nonsense that could have spewed forth from the pen of that bloke from Kula Shakur.

And that's it. The drought has been ended, and the end result is good, very good. The weaker tracks on the album, such as 'Hoops', with its uninspired guitar riffs and 'My Elastic Eye', a psychedelic affair that will prompt comparisons with Aphex Twin, are overshadowed by the general level of aural excellence. Although there is a niggling feeling that this record could have been better (it would probably be Album of the Year in the minds of excitable industry folk if it was the debut LP from some bunch of unknowns), that's probably a result of the almost impossibly high standards the Chemicals have set, and this album's surrounding hyperbole. Come With Us is a successful evolution for an already much-mutated act.