A review of their album 'Simpatico' 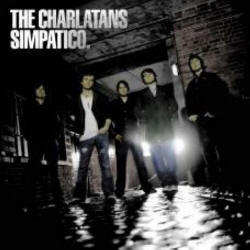 Review Snapshot:
It's hard to believe it is 16 years since The Charlatans first appeared on the scene with their debut album 'Some Friendly', seeing in the baggy revolution. Now fast forward a decade and a half to Simpatico, their 9th studio album, but one which fails to dazzle.

Full Review:
A lot of genres have come and gone since the early 90s - Grunge, Dance, Britpop to name but a few - and not many groups from that time have endured to this day by navigating a way through such shifts in the music scene. The Charlatans are one. They have embraced over the years a lot of these different genres and styles and moulded them into their own sound. They may have a huge and devoted fan base and have shown true consistency and creativity over the years but does their latest offering live up to expectation?

The previous Charlatan albums 'Us And Us Only' and 'Wonderland' were, by any standards, two magnificent albums. The first proudly and boldly wore its Dylan influences for all to see, the later gave us Curtis Mayfield re-incarnate in Tim Burgess's falsetto. While on Simpatico the sound and influence this time around is Reggae. And very bad Reggae at that.

It all starts off relatively well with the latest single Blackened Blue Eyes, a decent enough effort but it's easy to see that it lacks the punch and emotion of previous Charlatan singles. The trademark keyboards are completely inaudible and pushed firmly out of the forefront only to serve as background noise, and in come the scratchy and edgy Reggae guitar licks. It is such a shame because usually the vocal talents of Tim Burgess are capable of breathing life into any of their weaker material but here it sounds tired and uncomfortable.

Sadly the highlights on Simpatico are few and far between. You can't help but think that it could have been a half decent offering if only they pursued the vision and concept for this album with the style and soul The Charlatans have shown in the past. The Charlatans may have tried their hand at a different style on Simpatico but it's safe to say that some styles are best left alone.

So, a very good band find themselves slightly out of their depth. After 16 years in the business they should know their limits by now.