A review of their EP 'Vision' 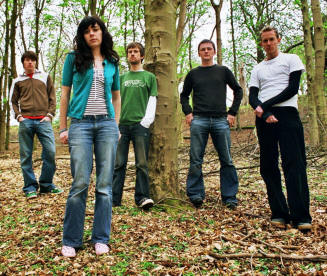 Review Snapshot:
Inaccurately named, perhaps, but so accurately executed. The Butterfly Explosion could not only challenge, but climb above the usual suspects of acts crawling the Irish trail.

Full Review:
This Irish group wasted no time getting into the studio after completing their line-up through the Cluas.com discussion forums. A novel way of forming a band, perhaps, but apparently an effective one as they sound as closely-knit and work together as well as if they have known each other for years. Their name, though, is not quite accurate: this demo does indeed hold much of butterflies in their steady beat and floating melodies, but little explosion. Instead there is a slow building which entwines you ever further in it's inexperienced but sure tendrils.

The demo itself had a more accurate christening. Through Gazz Carr's incisive lyrics, particularly in opening track The Great Game, they reveal dark roots under high-reaching branches. There is musical vision inherent in every minute of the EP. The Butterfly Explosion will soon be at the forefront of the recent re-emergence of Irish alternative, with mixes of the solid driving rhythms which typify the modern alt rock, poppy backing vocals and indispensable string arrangements (Comfort of the Dark).

The feeling is almost that of a more forward-moving Irish Brit-rock, with flavourings from the past. The instrumental title track has a tone similar to that of '90s Smashing Pumpkins, but is dealt with in a manner much closer to later Mogwai. These restrained rockers exhibit a certain refined decorum in every carefully placed note. This is an excellent CD, which holds so much promise of great things to come.

Check out the Butterfly Explosion website for more info.