A review of the album 'Lions' 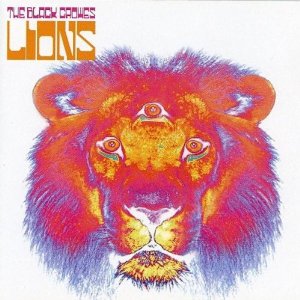 Think American Beauty and Kevin Spacey's morning shower scene - "This is the highlight of my day. It's all downhill from here on in." Lions, V2 new boys The Black Crowes sixth album, opens with a powerfully fed-back wall of guitar and the raucous 'Midnight From The Inside Out'. The not un-Red Hot Chili Peppers-ish Lickin' follows and after that point it's all pretty much downhill.

What remains is fairly uninspired in a blandly experimental rawk 'n roll sort of way. An air of Aerosmith blows constantly through offering only a few snippets to excite fans of the brothers Robinson & co. 'Come On' is an obvious up and at 'em live opener, 'Ozone Mama' has a small degree of funkiness and 'Young Man, Old Man' is a blind stab at a bluesy romp. However, these endeavours are cancelled out by songs like 'Losing My Mind' and 'Lay It All On Me' which are, quite frankly, annoying...and we're talking Bon Jovi proportions here.

The big selling-point on Lions is it's state of the art, personalised, enhanced CD with easy to follow prompts and your own unique user-name and password. With this you can view and download live gigs via a secure website. As impressive as these features are it's not enough to save this album from the realms of mediocrity.