A review of the album 'Southern Rain' 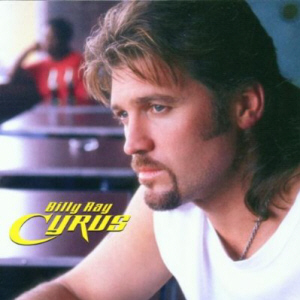 Call me strange, but I found the prospect of listening to a Billy Ray Cyrus album a daunting one. It set off shudders of horror similar to those which I imagine I would experience if I was locked in a small room with a rehearsing Celine Dion. Having listened to the drivel that is 'Southern Rain', I am now content in the knowledge that I will never allow such awful music to darken my CD player again.

I really do dislike bad music, and 'Southern Rain' is honestly some of the worst music I have ever heard. For starters, Billy Ray Cyrus is cursed with one of the most irritating country and western twangs in the music business. This is Garth Brook done very badly, and I don't like Garth Brooks. The songs are bland and oh so twee. They have titles as enticing as 'You won't be lonely now' and 'All I'm thinking about is you'. A poet Billy ain't. Examples of his lyrical genius - 'She hired the neighbours son to cut the grass / she gave him cold ice tea and a piece of pie.' and 'Girl I get shivers every time we touch / this ain't your ordinary schoolboy crush'. Oh help. I think you get the picture.

This stuff should come with a health warning.Keep away. You have been warned.