A review of the album 'Midnite Vultures' 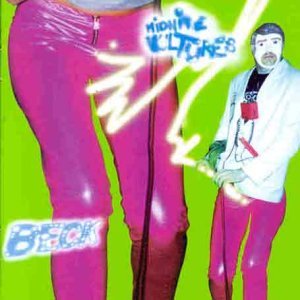 I've been saying to the editor-in-chief of CLUAS.com that I'd return to submit another article to what is now a damn hot site - (not that it ever wasn't but let's say it's a bit like a kid that has outgrown pyjamas and is waking up naked and bold!). So at the risk of being termed CLUAS.com's resident (heterosexual) Beck-lover ("Doesn't this guy listen to anything else?" I hear you ask), I decided to avail of the release of Beck Hansen's new album 'Midnite Vultures', to pen my sequel.

First of all, let's see what everyone else said. Well, the man himself described it as 'dumb-downed funk for the 21st century'; George Byrne and Tom Dunne on Today FM can't see what all the fuss is about; and MTV still seem to love him. That's the thing about Beck. The cognoscenti seem to adore him. This is bad. It gets in the way of the music. He should be judged on the merits of each release. Otherwise you end up with the crowd that surrounded Lennon (and I mean the original, not young Mr Gallagher) and told him that even his belches were the best thing since ...well... entries please for CLUAS.com's 'top ten belch similes'.

As for me, I know one thing. I am always surprised when I listen to Beck's new stuff for the first time. I just never know what to expect. I certainly didn't expect to be disappointed with Midnite Vultures. Alas I am. You see, I need the variety. I need to not understand what he's saying. Now, it has only been a couple of listenings but it just hasn't hit me like other albums did. Sure, he's still the man. But that's a problem he has brought on himself. When you get a reputation for surpassing yourself with originality every time you release an album, it's not easy.

Don't get me wrong. This is a good collection of songs. Ask me in 6 months and I will probably say it's the hottest thing this century (sic).

From the hybrid funk of the first release 'Sexx Laws' to the spatial and wide vocal style of the final track - 'Debra', you can see what's going on in this guy's mind. I don't think he cares what we think. Honestly. He's enjoying it too much. "Brief encounters in Mercedes Benz/wearing hepatitis contact lens/bed and breakfast getaway weekends/with Sports Illustrated moms" ('Sexx Laws'). Every now and then there's a potential classic - 'Mixed Business' and 'Milk and Honey' are two favourites. There's Kraftwerk in here. There's Prince and James Brown. There's a hell of a lot going on in fact. There's even an unlisted bonus 'track' a whole se7en minutes after the last song is done.

Invest in it, I say! I'm just glad that if we're still looking for the best Beck album of the Millennium, we can comfort ourselves knowing we still have a year to run.

Beck's 'Midnite Vultures' can be bought from Amazon at a special rate by clicking right here.