A review of their album 'My Sanctuary' 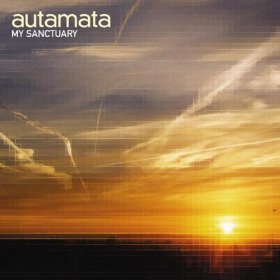 In what is currently a highly regimented and commercially driven music biz "My Sanctuary", a collection by Autamata, represents a quaint rarity-it's a labour of love, music made for fun rather than figures, with melodies aimed at the mind rather than the moolah.

Autamata is the brainchild of Ken McHugh, a highly rated and decorated Dublin studio boffin. The album's publicity blurb cites Brian Wilson and Orbital as influences-sure enough, the skittish "Jive County" sounds like Wilson put through a techno blender while "fragments", the album's opener, is a happy, almost jazzy take on Orbital's "The Box". McHugh occasionally over-reaches - "Little green men" is Autechre for slow learners, while the laughably portentous "to be a robot", a spoken piece, falls firmly into the "seemed like a good idea at the time" bag.

McHugh recruits Carol Keogh and Cathy Davy for vocal duties. They're both adept in completely different ways which blurs the album's focus, but not terminally so. On "Out of this" and "Postscript" Keogh is tough and tender, rather like Roisin Murphy before she became a mannequin. Cathy Davy on the other hand, could be a star someday - "Jellyman" is an attempt at playfulness and not up to much but Davy makes it sound wilfully and wickedly carnal. Every note she sings has the scent of sin.

"My sanctuary" manages to be chaotically cluttered, eclectic, at once shrilly discordant and saccharine sweet. So yes, you'll like it.