This article was first published on CLUAS in May 2006

Rap in France and its constructive role in French society...

So far this year there have been high-profile clashes on the streets of Paris lately between police and students protesting at the centre-right government's controversial labour laws aimed at the 18-25 age bracket. Following weeks of strikes, protests, student sit-ins, streetfighting, burning cars and omnipresent riot-police, the proposed laws were eventually scrapped. 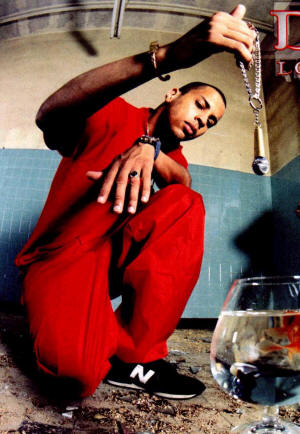 These latest scenes followed the suburban riots of November 2005, when the death of two teenagers being chased by police was the catalyst for an explosion of racial tension and nightly street violence in the satellite towns north of Paris. Now more than ever, young French people are trying to articulate their frustrations.

It's in these circumstances that French rap has really begun to show the energy, expression and social awareness so sadly lacking in the stale and conservative world of French guitar rock. During last November's riots, rappers were thrust into the spotlight of social commentary as the designated voice of the frustrated youth of suburban France's ethnic communities. At the time, any self-respecting talk show or televised debate had to have at least one local rap or R n'B artist, usually pitched in to debate against self-assured university-educated politicians.

To their eternal credit, the rappers generally won the day without pandering to stereotypes, upstaging the seasoned parliamentary debaters by calmly and rationally articulating their own life experiences and daily frustrations. Unemployment among the under-30s in France is chronically high, and French ethnic integration has been exposed as a failure. Any young person coming from the 93 postcode area in the north and east of Paris, home mostly to black and Arabic communities, finds it virtually impossibly to secure anything but the most menial and low-paid of jobs.

Rap acts themselves have had to struggle for mainstream exposure. Of the 80 or so acts featured during 2005 on 'Taratara', a live music programme similar to Jools Holland's BBC show, only 3 were rap or R n'B performers - this despite the high sales and visibility of urban music and culture here. The revolution is definitely not being televised.

Drawing on such experiences and on the influence of socially-aware '90s artists like MC Solaar, more and more French rap acts are transforming the 'gangsta' idiom into a chronicle of the real problems faced by young people of ethnic origin. Videos are featuring less Playboy-mansion 'bling' and more shots of decaying tower blocks, restless teenagers and police checkpoints. Charismatic and intelligent rappers like Disiz La Peste and Diam's (the latter's "La Boulette", with its catchy whistling chorus, has been France's biggest hit of 2006 so far) consistently encourage young people to register to vote.

Diam's and Amel Bent, both successful female artists from immigrant backgrounds, are role models for an increasing number of young French girls drawn to urban music and defying its typical misogyny and machismo. Given that the issue of women's rights is regularly used by both liberals and conservatives as a stick with which to beat the Islamic and African communities, French rap and R n'B presents an image of assertive and confident young ethnic women which you won't be seeing in any Sean Paul or 50 Cent video.

With a presidential election due next year, France's chronic social problems - unemployment, racism, social disadvantage - will come under increasing domestic and international scrutiny. In the meantime, French urban music is playing a crucial role in giving a voice to those on the margins of this increasingly troubled country.