A review of their album 'Government Commissions: BBC Sessions 1996-2004' 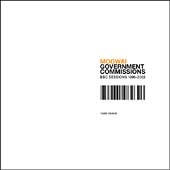 Review Snapshot:
Mogwai take their their first reflective look back on their career to date with this collection of various session recordings for the BBC. An excellent starting point for the curious and sceptics alike.

Full review:
Being friends with Franz Ferdinand and Snow Patrol is about as close as Mogwai are ever going to get to mainstream popularity, but this compilation of session recordings for the Beeb from the past few years serves as a gentle introduction to the qualities of the band.

There is nothing gentle, however, about the rip-roaring 18-minute version of 'Like Herod', a song from Mogwai's debut album Young Team, which typifies their early quiet-then-loud sound.

The first time you hear the album version of 'Like Herod', you never expect the violent guitars that kick in circa de 04:30 mark, it really makes you jump, and its always fun to frighten unsuspecting friends with the song's transformation from hushed to havoc!

The version on this album is no different, but its completely unnecessary length of 18 minutes is a real struggle for the listener. The novelty of this shock-and-awe approach does eventually diminish, so thankfully Mogwai have since progressed into a far more intricate, at times subtle, musical outfit while still retaining their ability to rock.

The difficulty of Mogwai's music is that it is impossible to describe. How is a pretentious music critic such as myself supposed to illustrate in words the metaphysical beauty of the mashed up sound of vocoder gibberish, haunting guitar riffs, and multi-instrumentation in 'Hunted by a Freak'? Just believe me when I say it's an aural masterpiece.

'R U Still in 2 It' is a delicate instrumental version of another Young Team tune and the absence of Glaswegian vocals, which define the album version, give rise to the minimal guitar work and heavy piano chords. The presence of the piano is also strongly felt on 'New Paths to Helicon Part II', whilst both 'Stop Coming To My house' and 'New Paths to Helicon Part I' sonically develop into rapturous crescendos. Stuart Braithwaite, the band's reluctant vocalist - he hates singing, especially in a live environment - even manages to stretch his vocal chords on 'CODY' and 'Secret Pint', and he's not bad!

Mogwai are one of the few great live bands of recent times never to have released a 'live in concert' album, despite popular demand. This collection of live session performances should appease this demand. It is apt that the late John Peel, a DJ who truly championed innovative bands such as Mogwai, opens the album with an enthusiastic introduction for the band in Maida Vale.

Government Commissions is by no means a definitive 'Best Of' compilation, however it is essential listening for Mogwai fanatics who want to know what these Scotsmen would sound like if they played in their sitting room! It is is also a great starting-point for the novice Mogwai fan and curious neutral alike, and is a useful overview of Mogwai's repertoire. Check it out.