A review of his album 'Mule variations' 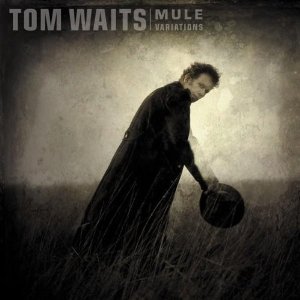 A common theme running through current discussions on Tom Waits' "Mule Variations", his first album in six years, is that it is "more of the same" and just another instalment of a well-chronicled discourse by an American Eccentric. This discourse picked up pace in the eighties with such alternative classics as 'SwordFishTrombones', 'Rain Dogs and 1992's Grammy award winning 'Bone Machine'. But the truth of the 'problem' is that these critiques have no one to compare Tom Waits' to: he has no peers. You can be sure that if you have not heard his music, you will never before have heard anything like it. Therein lies the beauty of the man. He's a genuine hardcore troubadour - the last of the classic American tunesmiths.

From lolling blues laments ('Pony', 'Get Behind The Mule') to stomping, howling, rhythmic soundscapes ('Filipino Box Spring Hog' which seems to be about people cooking pigs on overturned beds) and luscious, melodic, piano-led ballads ('Take It With Me', 'Georgia Lee'), Waits draws us into his world: a B-movie Americana of lawless desperadoes, wind-blown dust-bowls and tragedy. The mood can change in an instant from a backdrop of clanking percussion (he uses everything, including the kitchen sink, cocks crowing, farmyard machinery), his voice howling and swooping with powerful fury to touching sentimentalism over the sweetly tinkled ivories of his piano.

This is such an expressive voice - it aches with emotion on the murder ballad Georgia Lee, "Why wasn't God watching?". Many of the songs tell stories - 'Pony' harks back to his early days, a tale of a lonely tramp trying to find his way home. He out-Springsteens Springsteen with the beautiful caress of 'Hold On' and its off-beat lyrics - "He gave her a dimestore watch and a ring made from a spoon....". The paranoia of modern-day America is amusingly conjured up on the frightening monologue 'What's He Building In There'. "We have a right to know!" he growls but you're not sure you really want to.

Mutating the blues, he has produced an epic album and you can be sure it will top many Album Of the Year polls come Christmas. I can't recommend it highly enough.