Interview with The Blizzards

An interview with Brezzie of The Blizzards as they release their 2nd album...

On September 12th The Blizzards released their sophomore album, Domino Effect. The first single, Trust Me I'm a Doctor, charted at number 2 upon its release. Here front man Brezzie chats to Steven O'Rourke about recording, touring and why Irish bands need to be nurtured before we write them off. 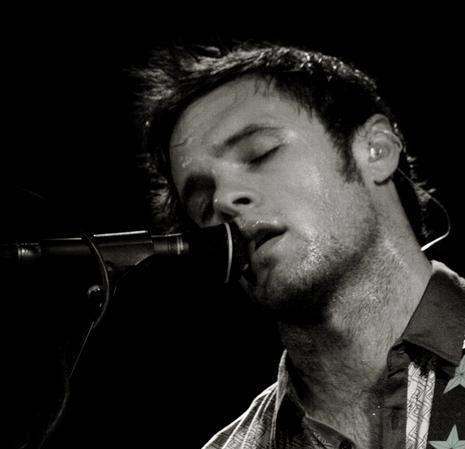 The new album, Domino Effect, came out on September 12th, were you excited about the release?
Yes, of course. I suppose we have been living with the album for a few months now so we have been waiting to get it out to see what people think of it

What was the recording process like, any so-called '2nd album syndrome' seeing as you were following up an album as successful as A Public Display of Affection?
Since recording A Public Display of Affection we are a totally different band. We have played 1000s of live gigs and lived in the studio demoing tracks so, in that way, recording this time around was less intimidating but, in saying that, sometimes ignorance is bliss. We wanted to make a record that didn't just sound like it was f**ked through pro-tools with a few mics thrown on guitar amps and drums. We wanted a record where it sounds like the musicians bust their bollix on their instruments during takes and put energy and, more importantly, passion into their playing. I'm sure there are places in the record where I'm singing out of tune or Dec is out of time but we went for vibe rather than some machine on a computer fixing our mistakes so I guess you can say the second record was slightly harder for ourselves.

Both you and your producer Michael Beinhorn (Red Hot Chili Peppers, Korn, Marilyn Manson) have something of a reputation for perfection; did this make the album recording process more or less difficult?
It's not perfection that Michael and I were going for but we wanted the album to sound good sonically. A lot of albums lately have been recorded badly by sub-standard producers relying too much on technology and not enough on talent and energy. Michael and I knew we didn't have a huge budget to f**k with sounds and do mad stuff but we knew we had 5 musicians that would play their hearts out to make the record sound good. Even if that meant doing 50 takes. Anything sounds better than auto tune or beat detective. In saying that, I thoroughly enjoyed recording this time around as I wasn't just a 'yes' man. I knew what I was doing and although 90% of music nowadays is listened to on shitty computer speakers we wanted a record that sounded banging when it was turned up and played on a stereo with a bit of balls.

Obviously you're signed to a big label; does that put more pressure on you than if you were promoting/releasing the record yourself?
Simple answer to this is it's great being signed to a big label. They know their shit and if you are a priority act they will look after you like gods. If you're not a priority act it can be tough. At the end of the day they'll pay for marketing and making the record but if you as a band don't sell records they will drop you like double Irish on a Monday morning, so of course there is pressure. Every critic and blogger can say you're the dog's bollix but if that does not translate in album sales, forget about it.

Aside from commercial success, what will make Domino Effect a successful release for you; getting your name heard (even more so) outside of Ireland perhaps?
Firstly, we need to concentrate on home. This is where our fans are at the moment so a good kick ass release here is the first step. I want to show people we have progressed as a band also. That's important to us all. An international release is of course an ambition and unlike the last record I think we are ready for it now. I know our live show can stand up to international acts. However, this is something we can't control right now so we tend to rely on what we can control and that's working our asses off here; gigging, promoting and writing.

The lead single is Trust Me I'm A Doctor typifies your sound; namely something that steers well clear of any particular scene. Is it difficult to maintain such independence of style/sound when there are so many rent-a-kit-bands that seem to attract more attention than they deserve?
Not at all. Listen, I'm into good tunes. I could not give a f**k if its Westlife, MGMT or Arcade Fire; a tune is a bloody tune. We try to write good uplifting pop music that has a bit of balls to it. In saying that there are some god-awful shit pop bands out there destroying the airwaves but someone must like it. That's how the music industry works. There is no point going on some forum or blog bitching about these bands just don't bother listening to them. We have amazing fans here that come to our gigs to enjoy themselves. We know we are not re-inventing the wheel with our music and we have never claimed to. We love what we do and we love the people that love what we do; after that I don't give a shit. (Good question by the way)

What's your opinion on Irish music in general?
I think its time for Irish music to start standing on its own two feet. We are asked on a daily basis on when we are going to the UK or the States when there is a really positive scene here (although it's a very small market). In the UK each indie/pop band is a clone of the next band. They wear the same clothes are produced by the same producer and in general sound like each other. All the established bands in Ireland sound nothing like each other. This is a very healthy sign. Also these Irish acts I talk about all rock the Kasbah live. There are kick ass live bands in Ireland.

One thing it truly needs though is support from the public, the media and radio. All of which had been very good to us. There is no point putting Irish bands down left right and centre and moaning about them not been original or too commercial etc. Let these bands develop and find their sound before you denounce them. Look at Radiohead's first record and even David Bowie's early stuff. It was awful but these dudes developed into the best bands and songwriters in the world. And yes, support these bands 'cause they are Irish. I often read people asking why they should just give the bands a chance 'cause they are Irish'. That pisses me right off. The Irish soccer team is a pile of shite but I still support them in hope that they may improve.

Having toured the UK etc, do you think Ireland gives a band a greater opportunity to be heard?
Not really. I think it's about the same to be honest. Ireland is a small place though and a lot of people know each other so this can be a help or hindrance. The way I look at it, if the tunes are good enough they will be heard sooner or later.

Speaking of playing live, did you enjoy your Oxegen appearance and, in general, do you prefer touring to recording?
I used to hate studio but now I love it. However, it still doesn't come close to touring. I love how spontaneous touring is. You don't know what each night will bring. Oxegen kicked ass. It's totally perfect for a band like ourselves. The crowd is young, energetic and has f**k all inhibitions and are there to get pissed and enjoy some tunes. I love it and feel privileged to have been asked to play the main stage for the last 2 years

Finally, what does the rest of 2008 have in store for The Blizzard's?
Getting f**k all sleep, eating shite brown processed filth food from over-priced petrol stations, drinking sick brown water disguised as coffee again from petrol stations along with the occasional alcoholic beverage (not from petrol stations), sweating 5 litres of water out of my body every night, the occasional early morning vomit, buses, fights, hugs, kisses, shags etc? In a nutshell we will be touring and working our asses off.