A review of their album 'Retuned' 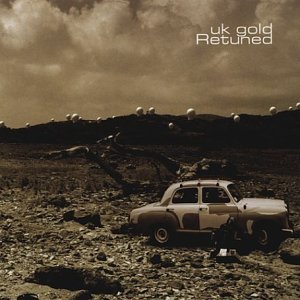 Chris McCormack's UK Gold is a sure treat for the summer. Known for his production on projects featured on the Materials and Primevil labels, McCormack has stunned us with a variety of sounds from several influences. His debut, 'Retuned', is a fusion of upbeat free-flowing jazz to tech-driven dub.

Beginning with 'At the Break of Dawn', this soft interlude lures us into the album. Shortly after 'In The Shade' contains plenty of wandering horns which are mostly improvised. It helps that McCormack takes it under control with his beats and production. There are minimal ambient parts mixed with growing crescendos such as in 'Amazulu Booty' which, surprise surprise, is as dancable as its title suggests. 'Fight the Reaper' on the other hand sounds like a continuation of Tricky's Blowback album. A dark and sexy female voice sings and whispers as it's layered over a foundation of strong tribal-like drum beats. Eerie and complex in its makeup, it's one of my favourites. On 'In Fever, In Fear' vocals aren't nearly as mature and polished - sort of similar to a Goth throwback band in fact.

McCormack's vision has many interpretations of bringing groovy jazz together with high tech production. It's not an easy thing to pull off and I think he's done it well without too much fluff.

'Retuned' is released on Primevil Recordings