Review of their album 'Float Away With The Friday Night Gods' 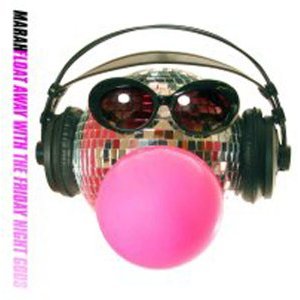 With their previous two albums, Marah had become the darlings of the roots rock scene. Driving acoustic guitars and inventive percussion conspired to set them apart from the herd and earn them the self-conceived title of 'the last rock n' roll band'. On first hearing 'Float Away?' you would be forgiven for thinking that this is a completely different band that has stolen the kids from Philly's name. But it is the same band and yes, it is a completely different sound.

This will undoubtedly piss a lot of fans off but lay aside your musical snobberies and take 'Float Away...' for what it is: a damn fine rock n' roll record. Opening with the double whammy of 'Float Away (The Streets Are Lonely)' and 'Soul', this is feel good music at it's best. Indeed, the only down point on 'Float Away...' is the ballad 'Crying On An Airplane' which is, coincidentally, probably the finest song Marah have done to date.

The biggest let down on this record is not the change in sound but Owen Morris' lackluster production. A cameo from Bruce Springsteen on the title track is buried in the mix and '4 All We Know We're Dreaming' seems entirely subdued when it should soar. But that aside, this is rock n' roll like it should be.

'Float Away With The Friday Night Gods' is released on Artemis Records.

Check out the CLUAS feature article on Marah from back in 2001.