A review of their album 'In Our Gun' 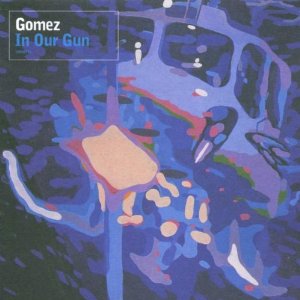 The album's title track, a gentle ballad simply arranged over an acoustic strum, is the strongest song in the collection. 'Ruff Stuff', '1000 Times' and 'Miles End' are of similar calibre. But for each of these there is a track like 'Even Song', fairly grating in its dullness.

'In Our Gun' is as sonically playful as we have come to expect material from this band to be, but it simply doesn't hang together. This is in part owing to the patchy nature of certain songs, and a lack of memorable melodies. There is nothing even nearly as hummable as 'Rhythm and Blues Alibi' on here. Instead, we are given a mixed bag of half-realised ideas, which fails to really capture the ear, even after several listens. Perhaps it would have benefited from stricter editing - what is wrong with an 8 or 9 song album after all? However, with their having been away so long, most fans will quite reasonably be expecting more than is to be found here.